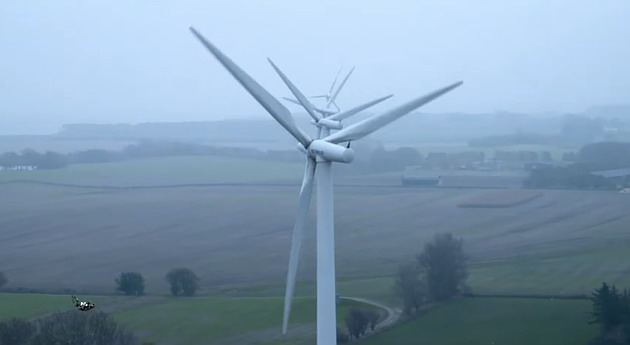 The power of the wind is harnessed by mankind for thousands of years and was first used for transportation (on sea and land), for agriculture, and lately, to produce clean energy that can power homes and companies.

The energy demand increases from one year to another due to the fact that the number of people living on the planet continues to grow and because the fossil fuels used to produce energy are becoming more expensive, we need to use alternative energy sources such as wind energy to create an additional source of power that can meet the growing energy demand.

What is Wind Energy?

Wind energy is considered one the best and cleanest sources of renewable energy available on the planet today.

Wind energy is harnessed today both offshore and onshore with the help of large wind turbines that are converting the kinetic energy of the wind into clean electricity with the help of generators.

Wind is considered a renewable energy source because is produced by the Sun by heating the different layers of the atmosphere in an uneven way.

Wind energy is considered a clean and alternative energy source because is produced by the Sun every day and the wind turbine that converts the kinetic force of the wind into clean electricity are releasing no harmful emissions in the atmosphere.

Wind Energy is a renewable energy sector in continuous development.

Wind Is An Ancient Source Of Power For Mankind

The power of the wind has been used by mankind starting with 2000 B.C. when the ancient sailors from Persia and China used the wind to sail with their ships.

Farmers have used windmills to grind grains and pump water.

Wind Energy Has Many Uses

Wind power can be used in many ways, such as: to sail with sailboats, in farming activities that require a windmill (grinding grain, pumping water, etc.) and to produce clean electricity using a horizontal or a vertical wind turbine.

Wind Has A Great Potential To Generate Green Power

Wind energy has a huge potential to generate clean electricity, but today we are harnessing only a very small percentage of this potential on land and sea.

Wind Is An Energy Source Of The Future

Wind power increases its presence in the energy mix of many countries of the world, but we need to wait a few more decades until wind power will replace the fossil fuels as a main energy source in the world’s energy mix.

A wind turbine starts generating clean electricity when the wind has a speed of at least 7 mph (11 km/h).
The nominal output of the turbine is reached at a rotational speed of 15 to 20 RPM (revolutions per minute).

A wind turbine rotates 70 to 80% of the time and produces clean electricity all this time.

A Large Wind Turbines Requires A Small Area Of Land

A wind turbine requires less than 1 acre of land to install the turbine and the transmission substation used to send power into the grid.

The land hosting a wind turbine and the substation attached, can still be used for farming.

A wind turbine can work properly on a land that has no natural or artificial obstacles such as mountains, hills, tall forests or buildings.

Without these obstacles the wind can fly freely, so the turbine will be able to generate huge amounts of clean electricity day and night.

A Large Wind Turbine Can Power Itself Hundreds Of Homes

A large wind turbine can generate enough energy to power hundreds of households during the days with good winds.

A Large Wind Turbine Can Displace Thousands Of Solar Panels

A large wind turbine can displace a number of 16,000 medium-sized solar panels in terms of clean electricity generation.

After the installation, a wind turbine has low operational and maintenance costs, and will produce clean electricity for about 25 years.

The energy consumed during the construction of a wind turbine will be produced by the turbine in the first six months of operation.

A large wind turbine will displace about 2,350 tonnes of CO2 every year.

Wind Turbines Do Not Consume Water To Generate Power

Wind Turbines Save A Large Volume Of Water Every Year

A large wind turbine can save about 14 million gallons of water during one year of functioning.

Wind Turbines Do Kill Some Birds And Bats Every Year

A modern wind turbine is quieter than the previous models because the sound heard at a distance of 400 meters from the turbine is only 40 db(A) (A-weighted decibels), which is similar to the sound produced by a fridge.

Onshore Wind Is The Cheapest Source Of Electricity

Onshore wind has become today the cheapest form of renewable energy, and could become even cheaper than natural gas in the future.

The world governments provide subsidies for wind energy in order to promote a wide spread of this form of clean power.

In some European countries such as Denmark, wind energy has become cheaper than the energy produced by fossil fuels.

Offshore Wind Has A Great Potential

Wind turbines work well in offshore because there are no natural obstacles to block the wind.

Wind power can reduce the dependence on foreign fossil fuels.

Europe is a world leader in offshore wind power and started to use this form of renewable energy almost three decades ago (the first offshore wind farm was installed in Denmark in 1991).

The first offshore wind farm in the U.S. (Block Island Wind Farm uses 5 turbines with an output of 30 MW) was commissioned in December 2016.

The largest offshore wind turbine in the world is installed in Denmark and has a height of 722 feet (220 meters) and 80 meters-long blades.

Vestas V164 Is The Largest Onshore Wind Turbine In The World

These turbines are built by GE Renewable Energy and each one produces energy that powers a number of 16,000 European residential homes.

The Share Of Wind Power In The Energy Mix Of the U.S. Continues To Grow

Wind Power Can Be Produced Day And Night

Solar energy works well only during the sunny days, but wind power can work both during the day and the night if there is wind that can spin the blades.

Today, more than 6 out of 10 people agree that wind energy must be further developed in order to reduce our dependence on fossil fuels.

The percentage of people supporting the further development of the wind energy sector will increase to 80% in the next decade.

The advances in technology and the increased production of wind turbines in the world lowers the initial costs of the turbines, which makes wind power more affordable to a larger number of clients.

Wind power works well along with the conventional sources of energy and can lower the consumption of dirty energy (produced by fossil fuels).

Floating Wind Turbines Will Generate Power Offshore In The Future

In the near future, floating wind turbines will harness the kinetic energy of the offshore wind to generate clean electricity on a global scale.

Coastal countries have a great potential for wind power because the wind is stronger there due to the proximity of the ocean.

Texas has the highest installed capacity for wind power generation in the U.S. (about 20,000 MW or 20 GW).

The U.S. state that generates the highest amount of electricity from wind power in its energy mix is Iowa.

California Hosts The Largest Wind Power Plant In The Country

California is hosting the largest wind farm in Kern County, California (Alta Wind Energy Center, which is also known as the Mojave Wind Farm), with an output of 1548 MW (1.54 GW).

Nebraska is the eighteenth U.S. state that has started to harness the power of the wind and today has an installed capacity of 1,000 MW.

Roscoe Wind Farm Is The Largest In Texas

Roscoe Wind Farm located in Roscoe, Texas, is the largest wind farm in Texas with a number of 627 wind turbines and an output of 781.5 MW.

The second largest wind farm in Texas is Horse Hollow Wind Energy Center with an output of 735.5 MW.

The EU is more advanced in wind power generation and today has an installed capacity of 160 GW.

Estimates say that the EU will reach an installed capacity for wind power of 323 GW in 2030, from which 253 GW onshore and 70 GW offshore.

Wind is a clean and free source of power provided by the Sun, and we need to harness the entire resource of wind energy of the planet to reduce the use of fossil fuels for a cleaner future. 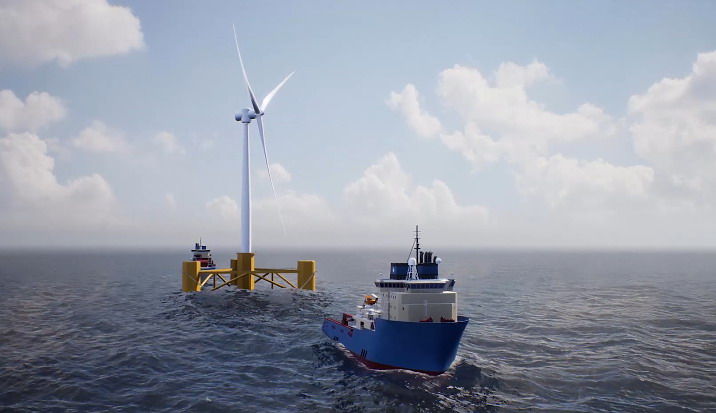 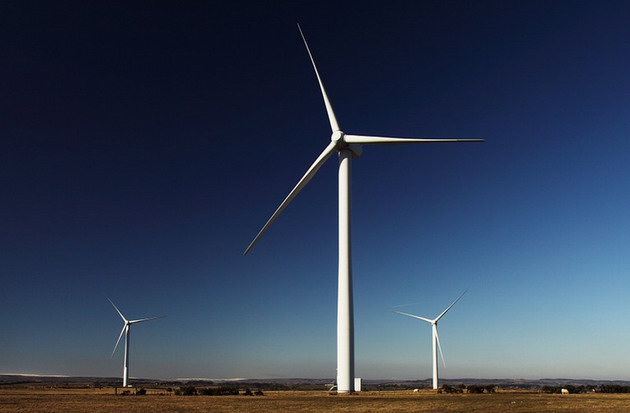 What Are Wind Turbines? | Alternative-energies.net 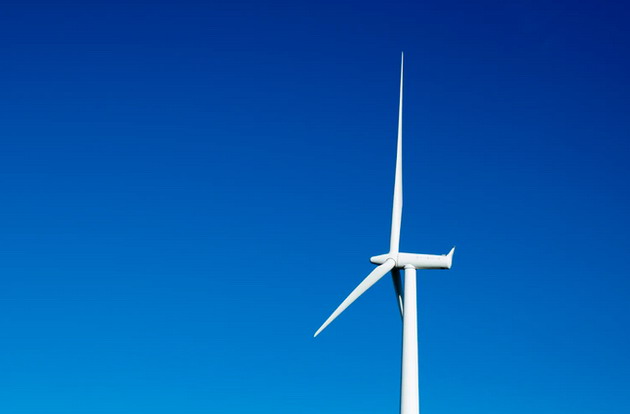