Alternative energy sources are represented today by all sources of clean power that will successfully replace the fossil fuels in the future for a cleaner environment.

What Are Alternative Energy Sources?

The known sources of alternative energy used today to reduce the level of pollution produced by fossil fuels are the following:

All these sources of alternative energy are environmentally friendly (some of them release a very low amount of greenhouse gas emissions, while others are 100% clean) and will successfully replace the fossil fuels such as coal, oil and natural gas in the future, for a cleaner and healthier environment.

The energy demand on the planet is still covered mostly from fossil resources, but renewable energy projects such as large solar power plants and massive wind farms built both onshore and offshore are increasing their presence in many countries, which shows that the clean future is closer than we thought.

We consider as an alternative energy source, any source of energy that does not pollute and is not harming the environment, and has the potential to successfully replace the use of fossil fuels to reduce the level of pollution on the planet.

Solar energy or solar power can be defined as the energy that can be harvested using the Sun’s radiation under the form of sunlight, heat and all the other types of electromagnetic radiation that are released every second by the star.

Mankind has used the power of the Sun since antiquity, but only in the last decades we’ve started to harvest the sunlight to generate clean electricity and heat.

Using a device/technology such as a solar cell to harvest the sunlight and produce clean electricity means that we are using solar power under the form of active solar energy.

The concept of passive solar energy is used in the construction sector and refers to a certain position of the house and windows to allow the sunlight and heat enter every room of the house.

Solar energy is not used only by humans, nature is using the sunlight as a key element in the photosynthesis process.

Active solar energy means that we are using technology (solar cells/mirrors) to harvest the sunlight using solar panels that will generate clean electricity or we are using mirrors that are concentrating the sunlight to a central point where an agent (molten salt or oil) is located and through heating will generate steam that will rotate a turbine to generate clean electricity (solar thermal power plants).

Solar energy is also used to heat an agent that will create warm water for home use.

Solar power has become today a source of clean and free electricity, a source of free heat, and a source of light inside the house.

Using solar energy has more advantages than disadvantages today, and due to the fact that besides being a clean source of power is also a renewable energy source (it never ends), solar power will become one of the future energy sources that will be used by the future generations.

The Sun warms the Earth’s surface and the atmosphere in an uneven way.

This air movement is causing the wind on the planet.

Mankind has used the power of the wind since antiquity to sail ships (is used even today), to grind wheat and corn in windmills, to pump water and in sawmills, and today we are using wind turbines to generate clean electricity.

Wind energy is known as a more practical energy source than solar power because the wind can rotate a turbine and generate clean electricity day and night, even if outside we have a sunny or a cloudy day.

Wind energy is considered an alternative energy source (is clean) and also a renewable energy source (it never ends) because until we have the atmosphere here on the planet and the Sun will keep shining, the wind will keep blowing.

Hydropower known as the power of the water represents the energy generated by the fast moving water or by the falling water.

Hydropower has been used from ancient times to power watermills (for irrigation), sawmills, gristmills, textile mills, trip hammers and others.

In the late XIX century, hydropower has been already known as a producer of electricity, and the first commercial hydroelectric power plant was built in 1879 at Niagara Falls.

In a hydroelectric power plant, the kinetic energy of the falling or fast moving water is turned into mechanical energy (rotating turbine), which will produce electricity through generators.

Hydropower generates electricity today in many ways and at different scales.

Hydropower is generating the largest amount of alternative energy in the world.

Hydropower is considered a predictable, controllable and constant source of clean energy, and is also renewable.

The materials used to create biomass consist of wood waste, agricultural waste, plant-based materials that are used for food or animal feed, landfills, municipal and industrial waste (organic waste), green algae and others.

Biomass is also used to produce biofuels such as ethanol and biodiesel, but also methane gas (biogas or landfill gas).

Biomass energy releases carbon emissions while burning, but is considered a renewable energy source due to the fact that the production of waste materials on the planet is continuous.

Biomass has become popular among the coal power plants because coal (a cheap but very dirty fossil fuel) can be replaced by biomass in order to turn the power plant into a producer of renewable energy.

Burning biomass (organic waste and waste wood) will release a much smaller amount of carbon emissions into the atmosphere than burning coal.

The molten rock or magma is the source of the underground heat.

Geothermal energy is produced by boiling water using the underground heat and the steam is collected by geothermal heat pumps.

The steam collected this way, is then used to spin a turbine and with the help of the generators is producing clean energy.

The geothermal resource is a reliable source of power

Geothermal energy is considered a reliable, renewable and continuous source of alternative energy, and is available almost anywhere in the world.

The largest reservoirs of hot water in the world can be found in the U.S. (Alaska and Hawaii) and the hot water from these reservoirs can be used directly to generate clean electricity.

However, Iceland is a country using the world’s first magma enhanced geothermal system, which ensures a direct supply of heat from the molten magma.

Geothermal energy is an alternative energy source used for home heating, in greenhouses to grow plants, drying crops, fish farms, and in many industrial processes such as milk pasteurizing.

Tidal energy also known as tidal power is another form of hydropower that is converting the energy of the tides into clean electricity.

Today, tidal power is used at a pretty small scale worldwide, but in the future, the power of the tides will become an important source of alternative energy for humanity.

Tidal power of tidal energy is considered a renewable energy source because is generated by the ocean’s tides.

Due to technological advances in recent years, we know that the availability of the tidal power is much higher than we assumed in the past, and the costs with the technology (environmental and economic costs) can be reduced to a competitive level.

The alternative energy sources known today will evolve in the future by becoming more efficient and using a wider range of renewable resources.

Solar energy is much more intense in space (where the Earth’s atmosphere is not present), and that area will become the new place for harvesting solar power. The challenges are involving placing the solar panels on Earth’s orbit and the technology required to convert and beam down to Earth the solar energy harvested using microwaves.

The daily movements of our body to complete daily activities will become a source of renewable energy that will be used to power our electronic devices.

The center of our planet is very hot, and in the future mankind will learn how to use this renewable energy resource at full potential.

With the actual technology we can produce clean energy from hydrogen, but the process of extracting hydrogen involves additional costs, which makes the entire business to become unprofitable.

Today’s technology used to turn any window or piece of sheet into solar panels is already available on the market. I remember that in May, 2017, a startup based in Los Angeles (SolarGaps) built solar window blinds. In the near future, not only the windows will generate solar energy, but also the blinds.

At higher altitudes, the winds are much stronger compared to the winds that blow at the surface of the planet.
Flying wind turbines can become a future source of wind energy, especially in the areas where is no wind at ground level.

When the mankind will master the nuclear fusion reaction, the way towards unlimited clean electricity will become a long-awaited reality.

Knowing what are the alternative energy sources used today on the planet and what will bring the future in terms of new renewable energy sources, will prepare you for the clean future that will follow. 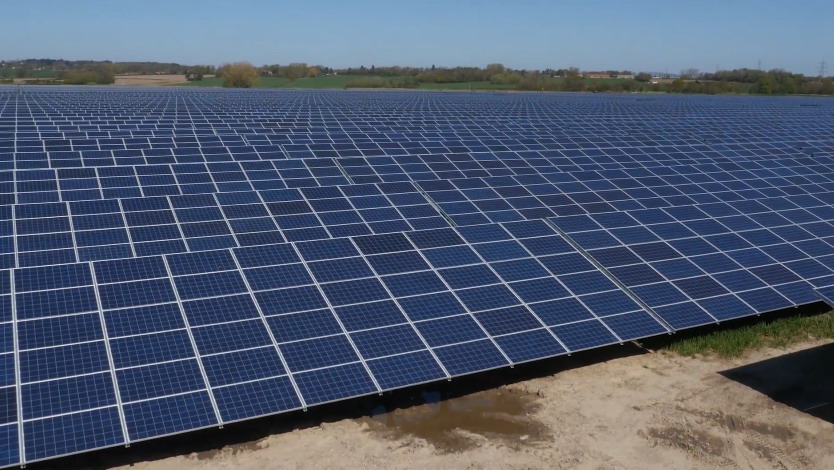 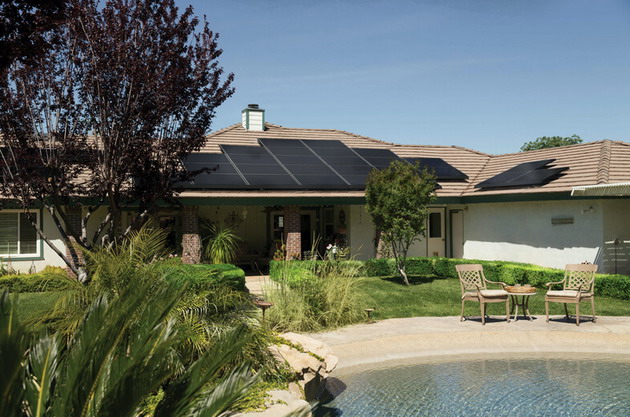 How Bridging Loans Can Help The Renewable Energy Sector